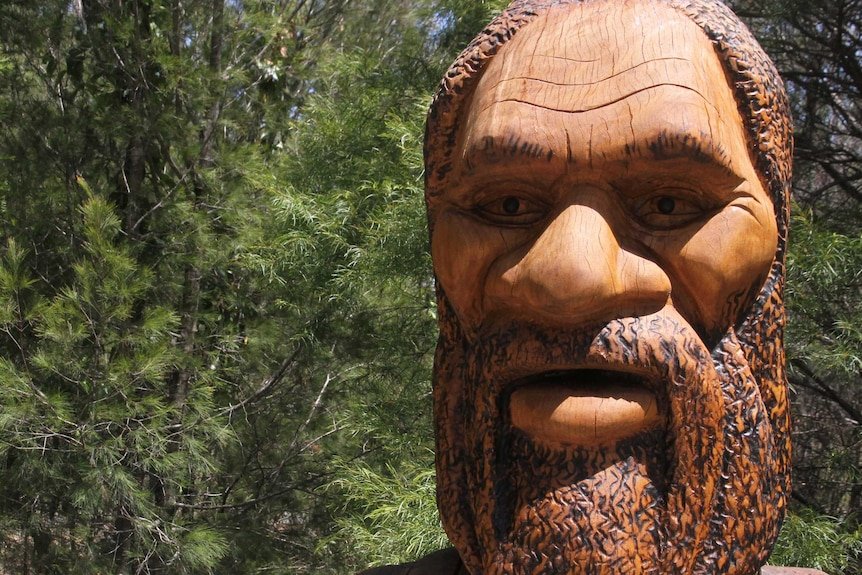 A sculpture on the Gold Coast has been created depicting an Aboriginal Dreaming God, Jabreen, but with an unique twist: inside his head a buzzing noise can be heard.

This is because the statue doubles as a hive for native bees.

“We see Jabreen first appearing as a giant and stepping out of the Milky Way and when he came down he saw the land was without form … so he threw his magical waddy out and created the rivers, mountains and hills.

“Jabreen became very hungry and went hunting, looking for tucker and he came across some wild bees, so he feasted on this native honey.”

Mr Dillion said there is a plan for the bees beyond the statue.

“The plan is for these bees is to have a presence in announcing our culture and [that] our dreaming story is alive and it is ongoing,” he said.

“So these bees are evidence that we have a connection to the land, to our dreaming, to the spirit world, to the ancestors, to medicine and to lore.”

Sarah Hamilton from Bee Yourself worked with the Kombumerri people to help bring this project together.

“Max discussed a vision of telling this Dreamtime story about Jabreen the warrior and how he gorged on native bee honey,” she said.
“From that point I was just here to guide them on native bee business, and it’s been a sharing of information ever since.”